Thomas Prosser has studied with legendary acting teachers including Sanford Meisner of The Neighborhood Playhouse, Sandra Seacat of The Actor’s Studio, and the Bay Area’s Jean Shelton. Each teacher’s unique approach to acting has had a profound impact on Mr. Prosser’s development as a theater artist.

New York theater credits include Endgame with Time Space LTD, The Marriage of Figaro, Westside Actors Repertory, The Elephant Calf, Brecht’s Testimony Before H.U.A. and Out At Sea (also directed), Theater Artist Cooperative, Hamlet, Another Life To Live, American Theatre Of Actors. Taming Of The Shrew and The Seekers, Thirteenth Street Theater.

Mr. Prosser also wrote and performed two one-man shows. JFK In Retrospect, a look back at the life of John F. Kennedy, which was performed in New York at the Stella Adler Theater and received an Arts grant to perform the play in Hoboken, New Jersey.

He also wrote, In His Time, chronicling the life and times of Ernest Hemingway up to 1941, which he performed on college and high school campuses, service clubs and Borders and Barnes & Noble bookstores. This play was expanded and published as a novel, entitled Naked Hemingway, which received five stars on Book List and was named their pick of the month.

He has also been involved in a number of Café plays at the Ruskin Theater as an actor, writer and director. These ten-minute plays are written in the morning, practiced in the afternoon and performed twice that evening. 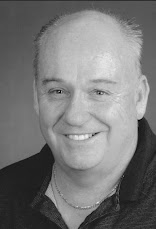